The Power of Smart Cards 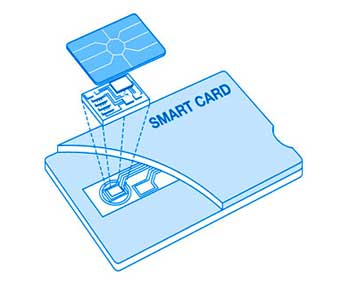 In an article written in April 2013, Jim DeMaine, MD, spoke to the need for using smart cards in our healthcare system. The power of smart cards goes beyond simple identification. Unfortunately, many do not realize the great power a plastic card with a small chip can provide to the patient.

The smart card has been around for a few decades and is in wide use in Germany, France, Taiwan and several other countries. Additionally, the use of Biometrics and other security measures protect patient privacy. The VA is also using a smart card system successfully. Other health smart card companies have begun to compete for this potentially large market.

There are statewide and even nation-wide efforts to have registries for advance directives and Physician’s Orders for Life-Sustaining Treatment (POLST) forms in order to make them available on an emergent basis. But we are a mobile society. Individual state registries become redundant, expensive, and hard to maintain. Oregon has the most advanced state registry but that is just one state. Smart cards will allow each one of us to carry our own health care information with us. A thumbprint protects privacy. Secure readers can be portable.

The lack of widespread use of smart cards in the US health care delivery is one more symptom of a broken and dysfunctional non-system.

EHRs have not been the grand solution to interactive medical records as they were once envisioned. In fact, patient data is held in such highly secured silos that it is unlikely that a system like France or Germany’s can exist under the current paradigm. EHR systems primarily support the business of the hospitals and physician’s offices. They exist to control the patient’s health records, rather than the patient owning and controlling their records.

Yes, the power of smart cards goes much further than just identification. ISeeYouCare has created a system that will correct this problem by helping the United States establish a National Comprehensive Health Record platform that can obtain, store, and update the patient’s records housed in the disparate EHR systems. Additionally, it provides an alternative to multiple Health Information Exchanges (HIEs) with agreements between various providers. The National Institute of Health could sponsor such a nationwide HIE. Consequently, the information (without the names or information of the patients) is available for research.

Are you curious to find out more? Contact us today.