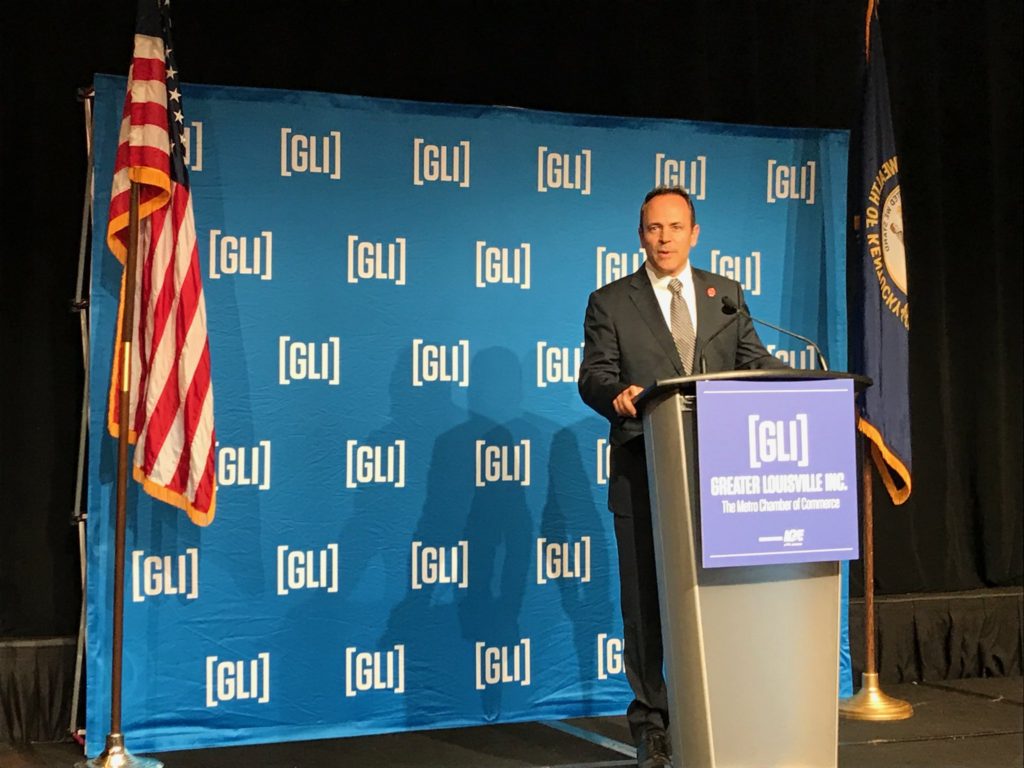 On October 24, 2017, ISeeYouCare sponsored Business at Breakfast with Governor Bevin. Governor Bevin used the opportunity to discuss Kentucky’s much needed pension reform plans. Under-funding Kentucky’s pension system has been a problem for decades.  Due to this, the plan deficiencies is impacting business in the state in various ways.

“This isn’t an easy fix,” said Bevin. “It’s not going to be done overnight. This is a big problem, it really is, and those of you in the business community appreciate why credit ratings matter. This is something that has been lost on our legislatures in previous governors, for some time, unfortunately.”

The governor spoke frankly with Louisville’s business leaders. “Nobody wants to be the governor who is delivering this message,” said Bevin. “I want to be the puppies and rainbows and ribbon-cutting guy, that would be awesome … I’m like the guy at the parade, but I’m the guy with the shovel behind the elephant.”

During the question and answer period, Governor Bevin took the time to take several questions from the audience, and even stayed beyond his scheduled time. One question came up about the state Medicaid system, another severe draw on the state’s budget. He spoke about the need for further reform and the state’s proposed modifications via Section 1115 waiver authority.

The 1115 waiver proposal includes several changes that include sliding scale premiums based on income, minimum employment activities for employment-eligible adults, adding a high deductible health savings account (funded by the state) to existing capitated managed care coverage, and others. Kentucky also plans to amend its benefit package for expansion adults by using the state employee health plan as a benchmark and include a quality withhold and adjust capitation rates in its MCO contracts; these changes do not require waiver authority. Consequently, states, beneficiaries, providers, and other stakeholders are waiting to see how the new Administration in Washington will respond to Kentucky’s waiver request.

This platform has the ability to drive real ROI to government-run systems. Governments are usually looking for ways to cut costs. This platform actually provides a platform both reducing cost and improving coverage. According to one state’s estimate, implementing the ISeeYouCare platform should save at least $189 above cost per participant, per year.

Contact us to find out more about ISeeYouCare’s Medicaid system benefits.